CrossFit has stripped the gym of its affiliation after an email containing racist language surfaced last week. Dinero has not confirmed or denied writing it.

BUFFALO, N.Y. — Health and fitness organization CrossFit has stripped Athletes Unleashed of Orchard Park of its affiliation, citing a racist and profanity-filled email allegedly sent by the owner.

A screenshot of the message, which appears to originate from an email associated with owner Robbie Dinero’s website theunleashed.us, was first shared by a blog.

2 On Your Side also received a copy of the correspondence and spoke to Dinero on Sunday afternoon. He would neither confirm nor deny writing the email.

“The issue is not whether I sent that email. The issue is freedom. That’s what I’m focused on. That’s all anybody cares about: freedom,” Dinero said in a phone call.

The email was reportedly Dinero’s response to a woman’s request for a refund from a canceled competition, The Liberty Games, that Athletes Unleashed had planned for March of 2020.

The response email contained explicit and racist language and ended with Dinero’s name.

“We are outraged and appalled by the language used by Mr. Dinero, which has no place in the CrossFit community. When we heard about the issue, we contacted Mr. Dinero, who did not deny using the language in question, so we have terminated his affiliate relationship with CrossFit, effective immediately,” CrossFit’s head of communications and public policy told 2 On Your Side.

Dinero said he believes the email has been circulated to distract from his recent protest of COVID-19 restrictions.

“As much as I love CrossFit, what’s more important to me is fighting for freedom. And if I address that email, that is only going to serve as a distraction to what the real goal is, and the goal of all of this is to open up the gyms,” Dinero said.

He added, “That email was only circulated because I’m being effective, the movement is effective, and they’re trying to distract from our goal of opening for everyone.”

Dinero has recently been in the news after he held a gathering of local business owners at his gym, which at the time violated state issued COVID-19 gathering guidelines. Video taken at that gathering involving a tense interaction with two Erie County Sheriff’s Deputies and a sanitarian visiting the gym that night has since gone viral.

Dinero refuses to pay the fine and had planned to reopen his gym Monday, November 30 but he said after speaking with his legal team decided against it. 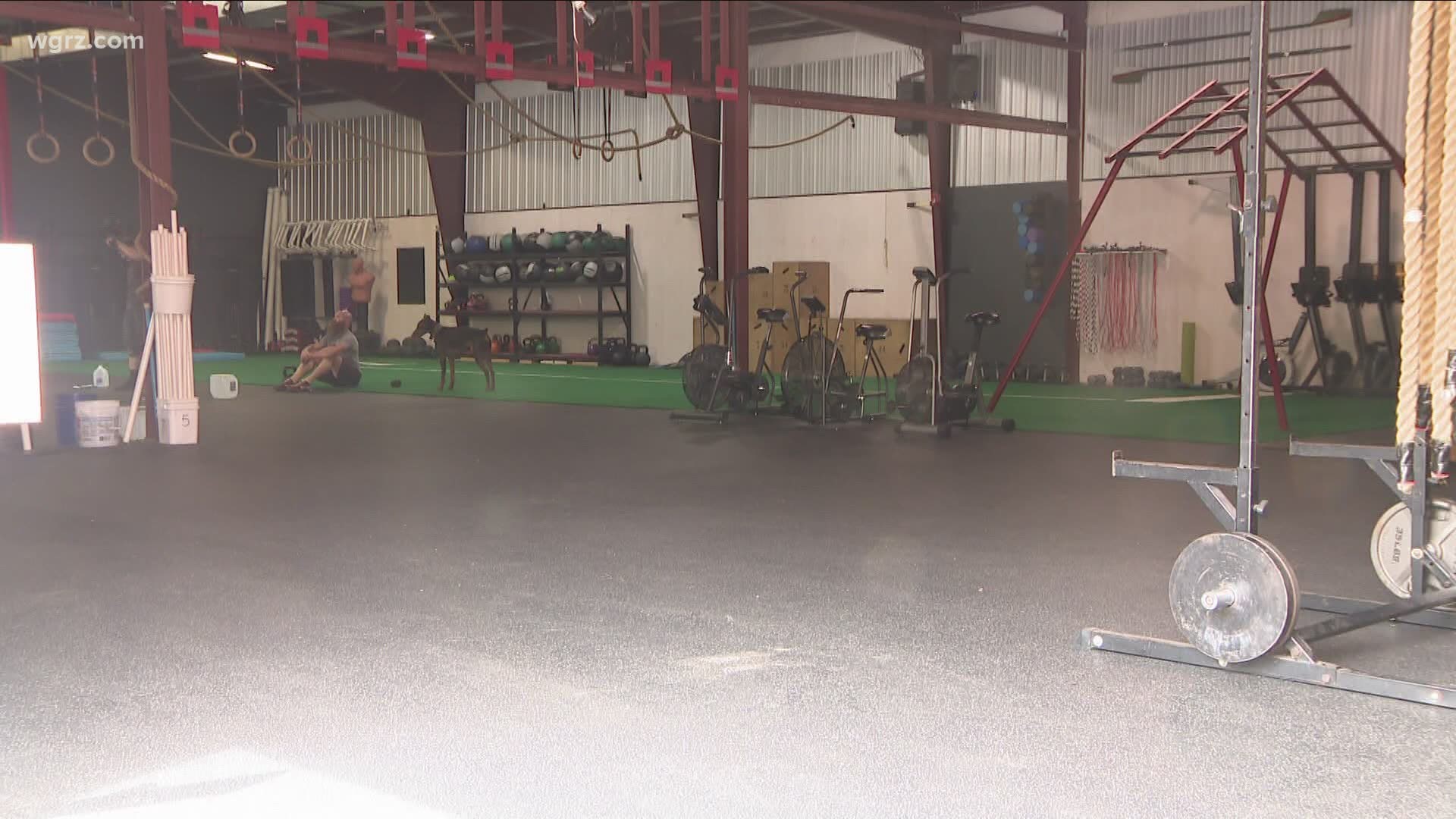