Michelle Obama gave a shout-out to Fresno on Tuesday for putting the Pass the Love campaign over the top and surpassing its national goal of giving 1 million healthy meals to food-insecure families.

Earlier this year, the Partnership for a Healthier America teamed with the Central California Food Bank to pass out 120,000 healthy meals to 2,500 Fresno families.

Fresno was the final stop of the campaign, which also served families in Atlanta, Cleveland, Detroit, and Philadelphia.

“Hey, Fresno! Thanks to your support, we’ve made a difference in the lives of so many families through our ‘Pass the Love’ campaign,” said the former first lady in a video posted to PHA’s YouTube channel. “We couldn’t have done this without you. So, whether you passed out meal kits or talked to your neighbors about healthy eating, I just want you to know how grateful I am and I hope you’ll keep passing the love. Thanks again” 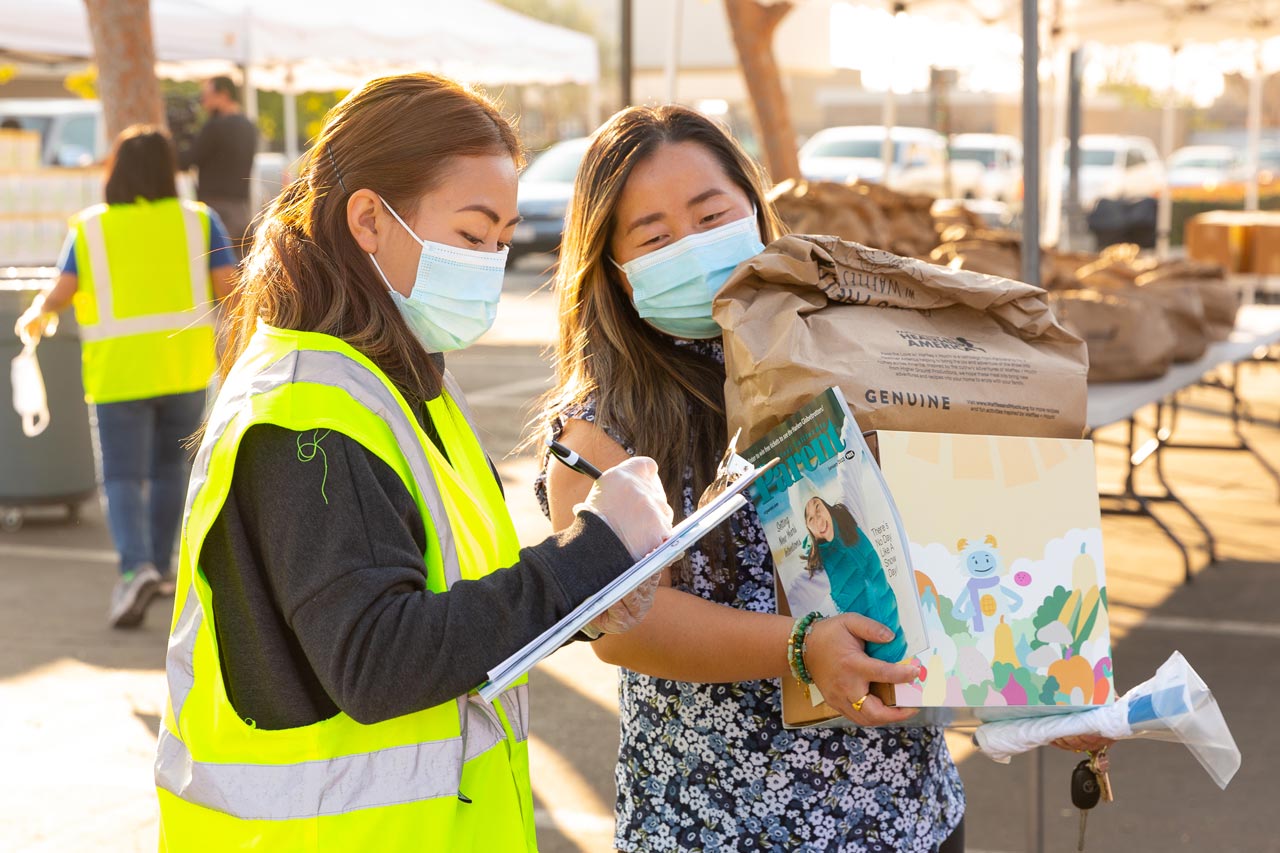 A Fresno family receives healthy meals and recipes during the Pass the Love campaign. (James Ramirez)

Obama is PHA’s honorary chair and the public face of the food distribution initiative, which provided families with meal kits featuring recipes inspired by the Netflix series “Waffles + Mochi.”

“The ‘Pass the Love’ campaign provided our community with hope and sustenance through a creative and interactive program, and we are thankful to have been one of the participating cities in the U.S.”

Watch: Passing the Love With Healthy Meals in Fresno